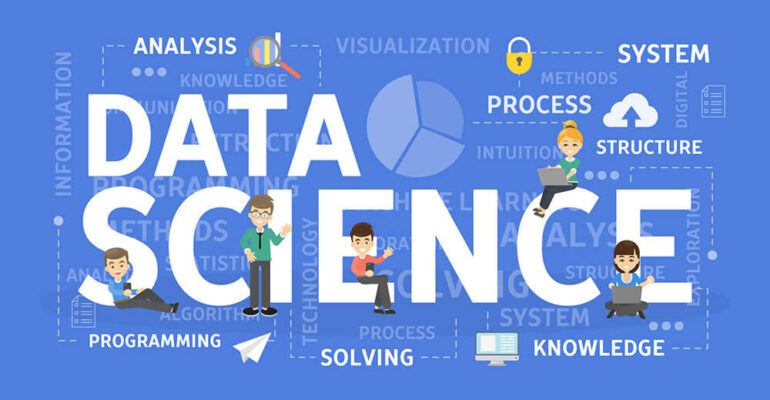 Data scientists are some of the most coveted professionals in the digital economy. Besides crunching data to extract insights, data scientists are crucial in artificial intelligence projects and advanced medical research. Even the private sector now hires data scientists to help the organization break down data for decision making.

Unfortunately, becoming a data scientist isn’t very easy. Although about 25% of data scientists have a Bachelor’s degree or less, the majority have at least a Master’s degree.

However, this isn’t a reason to give up. If you’re truly interested in becoming one, you can start a data science career with no background or degree in computer science. You just need to be prepared to work your way up the ladder.

What is Data Science?

The simplest definition of data science is a multidisciplinary field concerned with breaking down data to uncover patterns and extract insight. It involves several processes, including collecting, storing, cleaning, and analyzing data.

Thus, a data scientist is a professional who collects, cleans, and analyzes large data sets to solve problems, run experiments, build algorithms, and present findings to stakeholders in an easy-to-understand manner.

What Do Data Scientists Do?

Data scientists use programming and mathematics to collect, clean, and explain data. Their primary responsibility is to use mathematical and statistical tools to model data and interpret the results to create actionable plans for companies and organizations.

In other words, they help organizations make sense of the massive amounts of data they collect each day.

A typical day in the life of a data scientist involves;

What Skills Do Data Scientists Need?

Even though it’s possible to start a data science career with no background or degree, it depends on many factors, including the hiring organization, the industry, and so forth. However, nearly all data scientists need the following skills.

Finally, data scientists also need to good grasp of machine learning. Machine learning is a branch of artificial intelligence that seeks to create intelligent computer systems that can learn and adapt without following explicit instructions.

As we mentioned earlier, there are two broad ways to learn the required data science skills without a degree or background in computer science.

Self-teaching is hard, which is why most people don’t do it. However, it is also the most affordable way to break into data science without a degree. You’ll need to be extremely disciplined, though. More importantly, you must make sure you’re learning the right skills. You don’t want to waste time learning skills you don’t need in a data science role.

Fortunately, there are many free courses and resources online and offline for anyone wishing to learn data science. Some of the best resources to consider are;

Self-learning is very affordable and allows you at your pace. However, the major downside is that some hiring organizations may not recognize it.

Anyone who wishes to become a data scientist can pursue that dream even without a degree or background in computer science. As long as you have the will and time, you can begin self-teaching today or register for one of the many upcoming data science bootcamps.

Ready to get into data science? Sign up for our data science career track now and get your journey going.

How to Become a Salesforce Developer, A Simple Guide