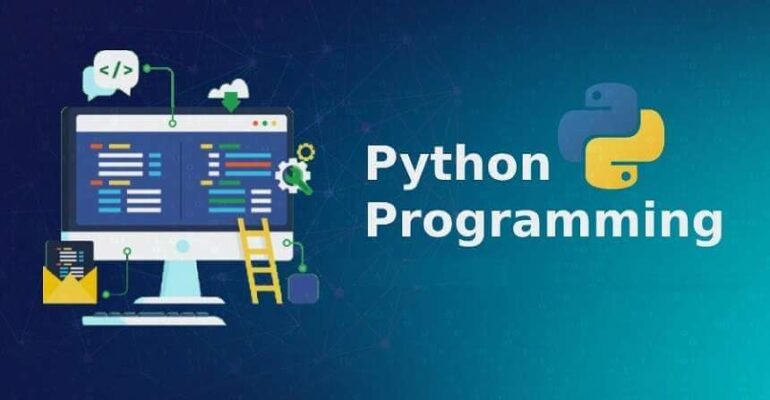 Python programming is so versatile and has been used by leading tech companies in the world including Netflix, Dropbox, PayPal, etc. to stretch the boundaries of emerging technologies.

And because of how versatile the language is, its usage spans across different scopes from games to web applications. Most tech companies deploy Python programs in data science, artificial intelligence, machine learning, and data analytics.

Python is a high-level, general-purpose programming language that supports the same programming fundamentals as other languages you may be used to like C++ (like loops, functions, and conditions) that are used for assembling software algorithms.

With a syntax that’s generally easy to learn, Python is popular because of its reduced program maintenance costs.

As for modules and packages, Python packs all these in its development which facilitates code reuse and program modularity.

Although Python programmers are in high demand today, it by no means suggests that Python is a new language. Introduced in 1991, the language has grown and changed considerably but with the same applications as when it was introduced.

It garnered little interest from the development community when it was first launched but that has changed tremendously resulting in Python being added to the open-source community.

Why is Python a very popular programming language?

For one, it has retained its application as it’s still used for the same scenarios it was introduced to handle. Back then, technology enhancements were in the early stages and such applications were not very common.

Today, however, Python has grown even more popular. Being a production-based language traditionally meant for first-class and enterprise projects, Python language can be used for literally any application.

A Healthy, Active, and Supportive Community

No one wants to use a programming language that lacks documentation and developer support. With such a healthy, active, and supportive community of developers, Python is poised to even scale more heights.

There’s adequate documentation, tutorials, guides, and more. The community is amazingly active which means developers get help almost instantly when shared in the community.

Besides getting instant help from the community, the fact that it comprises all levels of expertise (beginner to expert), makes it more popular among developers.

That’s just it. Corporate sponsors provide free marketing for programming languages and also offer free documentation, tutorials, and guides when they use a language to build their products.

Take, for example, Facebook and PHP. Microsoft and C#. Java and Sun. Python was adopted by Google in 2006 and has since built many applications and platforms in Python.

Other than the R programming language, there’s no other most popular language in data science. And the fact that big data and cloud computing are increasingly being adopted in the enterprise world, the future of Python is quite bright.

Other applications of Python in this area include AI systems and data analytics as Python is incredibly easy to use in analyzing and organizing big data.

Libraries expand the applicability of a programming language. The fact that Python has several libraries makes it versatile and viable for use in big projects and needs expandability.

Lastly, the ability to offer cross-platform compatibility through libraries is critical in Python being more popular.

Python Is Reliable and Efficient

Python developers and people who have used the language generally agree that Python is speedy, efficient, and reliable. The fact that Python can be deployed in any environment with little to no performance loss on platforms makes it attractive to many developers.

And, being versatile means Python suits more than just data science. You can use it for web development, mobile applications, desktop applications, and more.

Accessibility has to do with the ease of learning the language, the simplified syntax, etc. Python is considered one of the easiest languages to learn which offers hope to young beginner developers.

For experienced developers, there’s too much to do with Python and it’s only left to their ability to solve problems in their areas.

The versatility of Python as a language is one of the many reasons why it’s so popular. Consequently, it also explains why Python programmers are in high demand as more applications are relying on Python’s strong fields as data science and analytics.

Why Python programmers are in high demand?

For a start, Python is superbly designed to allow extendibility for specialized needs using high-level libraries and frameworks.

The fact that it can be used extensively on customized solutions makes it the second-most popular language in the world, as reported by the May 2021 TIOBE index.

Besides, emerging technologies like AI and machine learning have propelled big tech companies to build magnificent systems and solutions and Python is at the center of it to facilitate it all.

This is made possible thanks to the advanced, matured libraries like Panda and NumPy which makes the demand for Python skills skyrocket.

Other utilizations of Python like in websites and applications are slowly becoming more advanced and complex. Frameworks like Django and Flask, all of which are applicable in Python provide space to streamline website and web application production.

Such advancements require serious Python skills and as these applications and systems increase in demand, it naturally explains why Python programmers are in high demand.

A Python programmer can take up jobs in any of the following categories:

Python programmers have some of the highest salaries in the world currently and it’s getting even better.

According to DAXX, an experienced Python programmer earns an average of above $110,00 while entry-level programmers earn roughly about $86,000 in the US.

For developers with more experience, certifications, and a strong portfolio of work, the average is fairly boosted.

Even beginners with little to no background in programming (no degree), are able to earn good salaries upon taking a few right courses. Read more on how to start a data science career with no data science background.

Is Python Easy or Hard To Learn?

The general consensus view is that Python is fairly easy to learn. If you are into data science and want to explore it as a career, there are several resources you can start with for free over the internet.

However, the best approach would be to sign up for specially curated data science courses or boot camps. We have a data science career track training specially designed for you. Sign up today and get your career going.

5 Reasons Why You Need a Salesforce Certification Now!