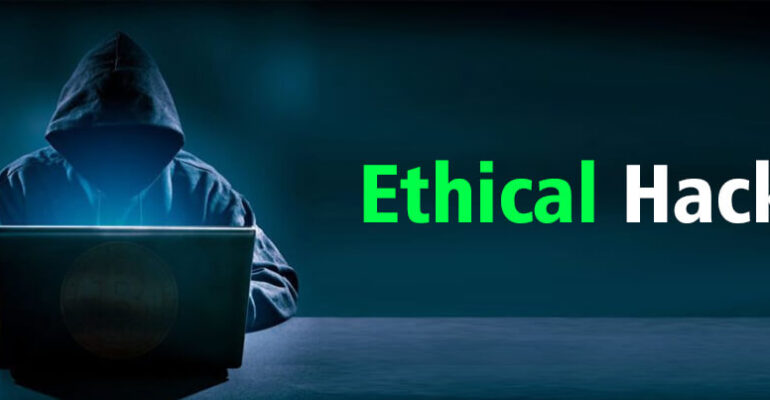 Ethical hacking is considered the best remedy for cybersecurity breaches. By training ethical hackers to uncover and exploit vulnerabilities inside a system, the affected organization can create more effective solutions and patch existing loopholes to deter cybercriminals.

To this end, the demand for ethical hackers is very high. According to a recent report by Nasscom, approximately one billion ethical hackers will be needed by the end of 2021 which makes now the best time to learn ethical hacking from scratch if you are new to this.

This opens an opportunity for tech enthusiasts who’d love to try their luck in a demanding profession. You could take home a five-figure salary in three to four years-time if you spare a few hours to study ethical hacking today.

We’ll discuss the seven best resources to learn ethical hacking from scratch in a minute. First, though, is a definition.

What is Ethical Hacking?

Ethical hacking is the process of attempting to penetrate a computer system or network purposely to uncover weak links and vulnerabilities that may be exploited by malicious hackers. Information gathered during the ethical hacking process is then used to enhance the system’s security.

Thus, you can think of an ethical hacker as a highly trained cybersecurity professional who helps companies and organizations better secure their systems by pointing out vulnerabilities and weak links.

The main difference between ethical hackers and cybercriminals (unethical hackers) is that an ethical hacker’s role is defined by the hiring organization. Their scope of work is clearly defined, such that the contract ends once specific work is done. They all have the full backing of the organization, and even get paid by the employer.

Let’s begin with one of the most beginner-friendly ethical hacking courses on the internet – the Complete Ethical Hacking Course from Station X. This course was designed with beginners in mind and contains everything you need to launch a career in ethical hacking.

It begins with basic terminology before the learners are introduced to hacking software and shown how to set up a penetration testing lab. You also learn about hacking, testing websites, testing networks, and social engineering. The bundle is priced at $500 but often available for a discounted $65.

Udemy offers many ethical hacking courses, including Specialization in Hacking for Beginners and the Complete Ethical Hacker Certification Exam Prep Course. However, we prefer “Learn Ethical Hacking from Scratch.” It’s a very comprehensive course and easily usable even for beginners with no previous knowledge of hacking or penetration testing.

The course focuses on the practical side of penetration testing though it also provides a great deal of theoretical work. You’ll begin by learning how to set up a testing lab on your PC and install the Kali Linux operating kit. Then it proceeds to more complex topics such as post-exploitation and web application penetration testing. It costs about $100.

EC-Council is short for the International Council of E-Commerce Consultants. It’s operational in 145 countries and is the largest cybersecurity technical certification body. Thus, if you’re serious about getting into ethical hacking and cybersecurity in general, EC-Council is one of the best places to begin your journey.

Some of the best ethical hacking courses on EC-Council are the Certified Ethical Hacker (CEH), Computer Hacking Forensics Investigator (CHFI), and Certified Security Analyst (ECSA) courses. It also offers a Licensed Penetration Testing (Practical) examination. In fact, you can even enroll for a Bachelor of Science in Cybersecurity and Master of Cybersecurity at EC-Council.

Cybrary is an amalgamation of the words Cyber and Library. Launched in 2015, it’s another excellent choice for learning cybersecurity, specifically ethical hacking. The platform offers many free and paid courses, training materials, and other cybersecurity learner resources.

One of the best courses on the platform, if you’re completely new to cybersecurity, is Penetration Testing and Ethical Hacking. It teaches many things, including information gathering, scanning and enumeration, attack and exploitation, vulnerability identification, and reporting. Learners also study DOS attacks, sniffing traffic, and malware analysis among others.

If you’re looking for a free course, then Guru99’s ethical hacking course is one of the best options. It offers a comprehensive introduction to key concepts and components of ethical hacking, with learners guaranteed to master social engineering, password cracking, and malware analysis among other topics.

The best part is that Guru99 includes useful hacking tools that can save time especially for newcomers who may not readily know how to pick the right tools. You’ll find links to blocking, network scanning, and malware removal tools to name just a few.

Of course, it’s impossible to leave Coursera out of this list. It’s one of the most affordable places to learn anything online. On ethical hacking specifically, the platform offers dozens of highly relevant courses, including the Security Analyst Fundamentals course, Cybersecurity Specialization course, and Hacking and Patching.

However, the one we have eyes on is the Cryptography course offered by the University of Maryland through Coursera. The course which runs for seven weeks provides a solid introduction to cryptography, equipping the learner with all the knowledge they need to encrypt sensitive data. Prior exposure to algorithms is needed.

Finally, Hacker101 is another valuable resource for cybersecurity professionals and a great place to learn ethical hacking from scratch. It’s operated by Hacker One and is completely free to access. The resource packs dozens of tutorials to take you through hacking step by step as well as multiple videos for professional guidance.

Hacker101 covers many topics ranging from penetration testing to web hacking and mobile hacking among others. In web hacking, you’ll learn about cookie tampering techniques, XML external entities, session fixation, and more. It also has a 24/7 game that allows participants to find bugs in real-world simulated environments.

If you’re serious about learning ethical hacking from scratch, you now know where to look. And, yes, it’s totally worth it.