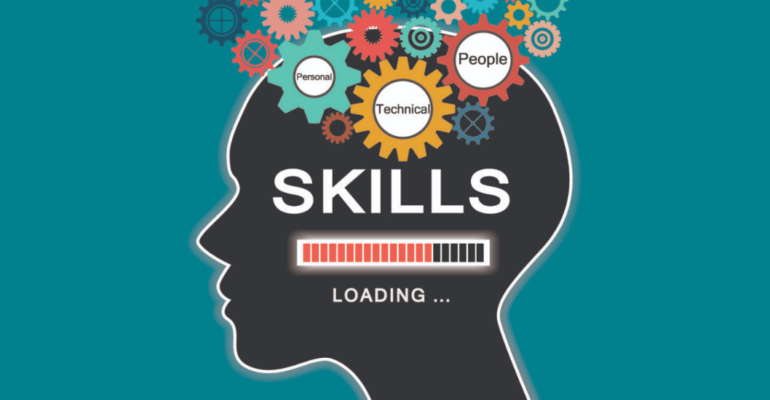 According to Fullscale.io, an estimated one million tech skills went unfulfilled in the US in 2020, the clearest evidence of the ongoing technology talent deficit.

It points to an opportunity for individuals trying to kickstart their careers. Getting into a tech field pretty much guarantees a job. Even better, tech jobs pay very handsomely.

10 Technical Skills For IT Professionals and Pro Engineers

If you’re wondering where to begin, below are the top 10 technical skills for IT professionals and engineering pros.

One of the most in-demand technical skills for IT professionals right now is Artificial Intelligence (AI). Hiring growth for AI grew about 32% between 2019 and 2020 and is bound to grow even further, buoyed by growing digitization and the shift to remote work.

If you’re in doubt, head over to LinkedIn and check their list of emerging jobs. AI has been top of the list for nearly a year now.

There are many areas of specialization in AI, including deep learning, robotics, computer vision, and natural language processing. The average salary of an AI professional is $124,308 across the AI careers.

It may seem a little odd that we have both AI and Machine Learning (ML) on such a highly competitive list when ML is actually a subset of AI. However, it’s totally warranted. For one, AI is so broad that candidates often overlook the various specializations.

More importantly, though, AI is currently the most exciting technology globally. So, it would be unjust to leave it unmentioned.

Think about technologies such as Siri, Amazon Echo, Google Assistant, smart cars – all these are possible thanks to ML. The average salary of an ML professional is $149,877, the second-highest on this list.

You’ve likely heard about Big Data. If you haven’t, it refers to the massive amounts of data generated by digital devices and the tools and technologies used to process the data. Two of the most important technologies critical to Big Data are data science and data analytics.

Nearly 49% of enterprises globally are in the process of implementing Big Data solutions, meaning the demand for the two roles (data scientists and data analysts) is about to shoot through the roof. Data analysts earn $61,071 on average while data scientists earn $84,446 on average.

Another addition to the list of technical skills for IT professionals is cybersecurity. Security has become a critical area for digital businesses and organizations.

With the cost of cyber breaches rising each day, even small enterprises are hiring cybersecurity experts to keep their data and systems safe online. The demand for network security engineers, for instance, rose 132% between 2019 and 2020.

If you’re interested, there are many areas of specialization to explore, including network security, data security, and security analysis. Cybersecurity professionals take home $99,834/year on average.

The Internet of Things (IoT)

We’ve already mentioned Big Data. The Internet of Things and Big Data often go hand in hand. Indeed, IoT is the major driver of Big Data. If you’re wondering what it means, IoT refers to all the connected digital devices on the internet, from processors to sensors to wearables and smartphones.

IoT professionals earn $102,000 on average, with a very positive outlook. McKinsey says it will be an $11 trillion industry by 2026.

Cloud computing has been on the rise for quite a while. Indeed, according to a recent Forrester Research, the market for global cloud services will grow 35% to reach $120 billion in 2021. This guarantees one thing – a steady demand for cloud computing skills. We’ve specifically mentioned Amazon Web Service (AWS) because it’s currently the most popular cloud solution.

Cloud computing specialists earn $117,041 on average, with AWS, Java, Linux, and DevOps professionals the most in-demand.

Initially conceived as an entertainment concept, the technologies have found a way into other industries including marketing, advertising, healthcare, and manufacturing – consequently increasing the demand for XR professionals.

So, it’s another worthwhile addition to the list of technical skills for IT professionals and engineers to consider. VR professionals earn $71,950 on average.

User Experience (UX) and User Interface (UI) design are two technologies that also often go hand in hand. In fact, some people even use the terms interchangeably, which is understandable because they both refer to designing applications that appeal to users and enhance user satisfaction.

The two are so important today that employers are willing to spend over $100,000 on the right Uxor UI designer. Unconvinced? Maybe you will when you hear that UX is one of the top five in-demand skills right now according to LinkedIn.

Blockchain should have come much earlier because of its potential impact once fully adopted. The only reason is at number nine is because it’s had a few challenges that have slowed down its adoption. For instance, you’ve likely heard about governments fighting cryptocurrencies.

The complexity of the technology also makes it incredibly difficult to implement, especially among smaller organizations.

Nevertheless, blockchain is perhaps the biggest technology potential-wise on this list and one to keep an eye on. Perhaps this explains why blockchain experts are paid $154,550 – the highest of the tech professionals.

Finally, we’d also encourage IT professionals and engineers to consider learning at least one programming language.

And if you already know a few, consider learning one more. Why? Because we’re entering an era of total digitization.

Soon, nearly every aspect of our lives will be fully or partially digital and all those devices and applications will need programmers. For instance, the demand for full-stack programmers has grown 35% every year since 2015.

You can begin with simple languages such as HTML and CSS before moving to tougher ones like Java and Ruby, and Kotlin. The average salary for a programmer is $89,550.

Ready to Take the Next Step?

The beauty of the above technical skills is that you can enroll for online classes and start learning them today. So, what are you still waiting for?

5 Simple Steps Prepare And Apply For A Data Analyst Job And Get Hired!